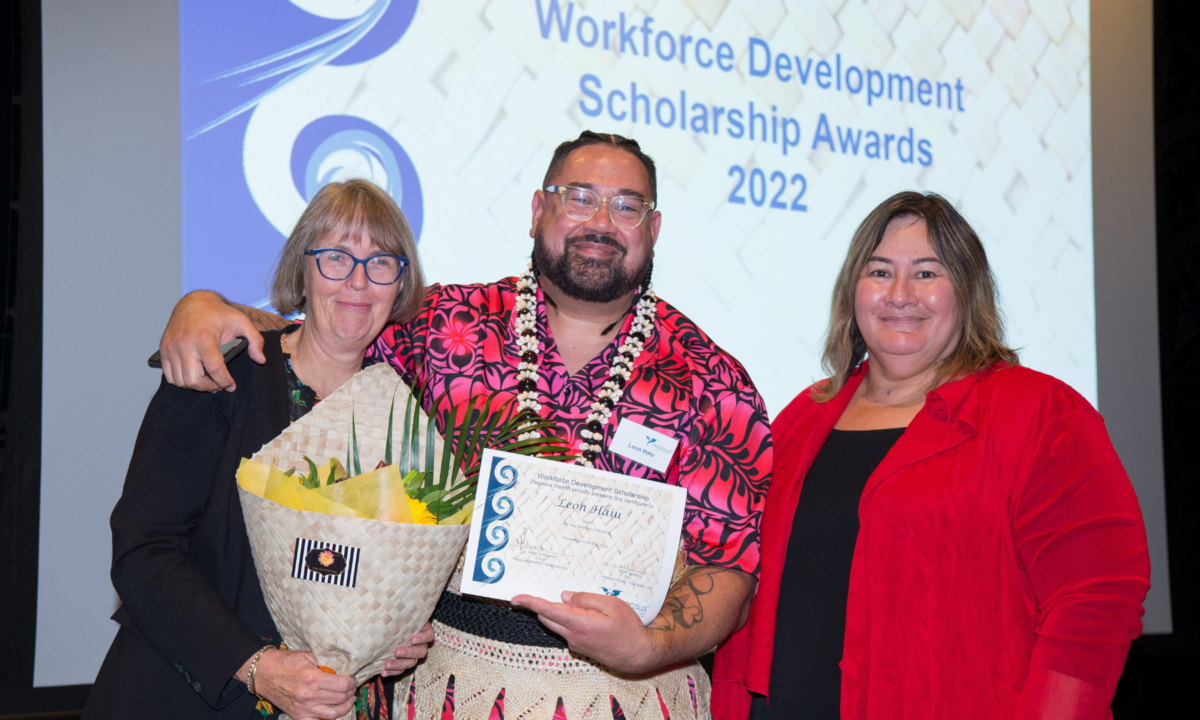 Third-year nursing student, Leon Haiu, has spent his years working to support the community. In 2017, he was awarded the Minister’s Excellence Award by Corrections Minister Louise Upton when he graduated as a Corrections Officer.

His decision to become a nurse is something ingrained within him.

“Caring is part of our indigenous DNA because our strength is in the collective,” Leon explained.

“Service for our whānau is something that we value highly, I feel nursing is a formalised expression of what we do naturally,” he said.

Leon is the only Pasifika male in his 180-strong nursing cohort at Ara-Te Pukenga. This fuels his drive to complete his study and start working.

“We need a workforce that looks like and is representative of our actual community.”

He notes that the Pasifika community in Aotearoa is small, but there is strength to be found in that. He has found support from Pasifika working in health, including Maria Pasene, Pasifika Health Manager at Pegasus, and Allamanda Faatoese from the University of Canterbury.

“Because the Pasifika community is smaller, it is really connected. This connection can be quite impactful, but also means we can be agile to the needs of Pasifika people. When one succeeds, we all succeed,” Leon said.