Pegasus Health (Charitable) Ltd this year extended its annual scholarship programme to include students from migrant and refugee backgrounds. With scholarships being offered to Maori and Pacific applicants for a number of years, the organisation felt that the addition of this group as scholarship recipients should be made in recognition of Christchurch’s changing population demographics.

“It is vital that our workforce reflects our population; more so in health where language and culture remain significant barriers to access. As well as qualifying as nurses, graduates from non-English speaking backgrounds bring linguistic and cultural skills into the health arena”, said Wayne Reid, Refugee and Migrant Health Manager at Pegasus Health.

As part of the application process, each applicant wrote a 1000 word essay regarding how they will make a difference in the community with their nursing degree. Wayne Reid described the process of reading the essays and selecting the recipients as, “humbling, rewarding but very difficult, given there was so many worthy applicants.”

In her essay, recipient Ade George, a second year nursing student at CPIT, spoke of her choice in nursing. “I chose this path in search of life-changing events, to touch lives of others by either a great measure or unnoticed, to care for and give in ways that utilises my natural strength and benefits others.”

Recipient Ai Niida from Japan, also in her second year as a nursing student at CPIT, described what inspired her to pursue nursing upon her encounter with Japanese Red Cross nurses. “Meeting a group of Japanese Red Cross nurses – sent to support Japanese migrants affected by the Canterbury Earthquakes – inspired me with their professionalism, commitment and skill, reinforcing my desire to pursue a life-changing nursing career”

Since 2001 Pegasus Health has been offering Maori Scholarships to medical, nursing and allied health students. The 2014 Maori scholarships were presented to nine successful recipients, eight of whom were medical students; a record number. All nine recipients expressed their desire to work with our Maori people.

The Pacific Scholarships, to be awarded on December 11 2014, inspire Pacific students to work in areas of health; encouraging the understanding and treatment of Pacific Health.

“While language and culture remain significant barriers to the access of health, the CALD (culturally and linguistically diverse) graduates’ linguistic and cultural skills will be an asset to the health sector and the community. The addition of CALD Scholarships to Pegasus Health’s current Pacific and Maori Scholarships not only boosts the integration of cultural and linguistic skills, it encourages the representation of the changing New Zealand population in the work force,” said Vince Barry CEO Pegasus Health. 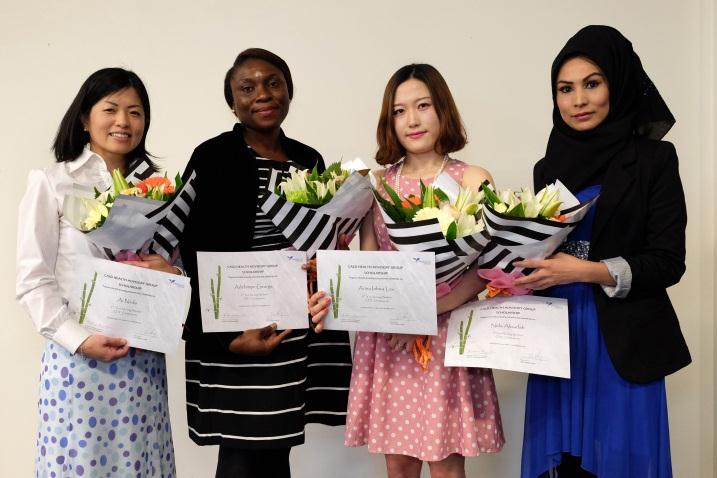