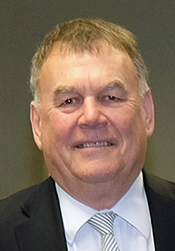 Pegasus Health is delighted to announce its newly elected chair is Peter Townsend, CNZM. Peter, the son and brother of general practitioners has been an independent director on the Pegasus Health (Charitable) Ltd Board for 11 years as well as being a member of the Pegasus Community Board and Finance, Audit and Risk Committees.

Pegasus Health CEO, Vince Barry says Peter brings with him a wealth of experience in governance and leadership and is very well positioned to guide Pegasus through its next stage.

“The complexity of the health system and size and scale of Pegasus now requires us to build the capacity of leadership across the organisation, both utilising the skills and knowledge of our governors combined with strong clinical leadership. Peter will be joined around the board table by director clinicians Drs John Coughlan, Simon Wynn Thomas, Caroline Christie, Sharon Ashmore, Gayle O’Duffy, Ben Hudson, Practice Nurse Nicky Scott and independent director Jane Huria,” says Vince Barry.

Peter Townsend says he is delighted to have this opportunity to lead Pegasus Health into its next phase and build on the tremendous amount that has been achieved by this network over the past 26 years.

“Primary Care in Canterbury has come a long way and is envied around the globe for how it is integrated with the rest of the health system. As the second independent chair in Pegasus’ history, I am very much looking forward to working together with my fellow clinical directors, the clinical leaders of Pegasus and members of the Pegasus general practice network,” says Peter Townsend.

Whilst standing down from the board, previous Chair Professor Les Toop will retain his connections to the organisation, being an active advocate of general practice and representing primary care in the regional and national health environment. Professor Toop says he believes Pegasus is in good shape, in good heart and has a bright future.

“The organization has achieved so much over the past quarter century, and is a great example of how clinicians working together and collaborating can achieve so much more. We have also been fortunate to be in a region with like-minded innovators in other parts of the health system and those facilitating joining up the dots to rebuild a system that has the patient at the centre of design. I remain very optimistic for the future of general practice with many able and enthusiastic young colleagues coming through and choosing a career in general practice in Canterbury,” says Professor Toop.

The 2018 Pegasus Health Annual Report can be viewed here.