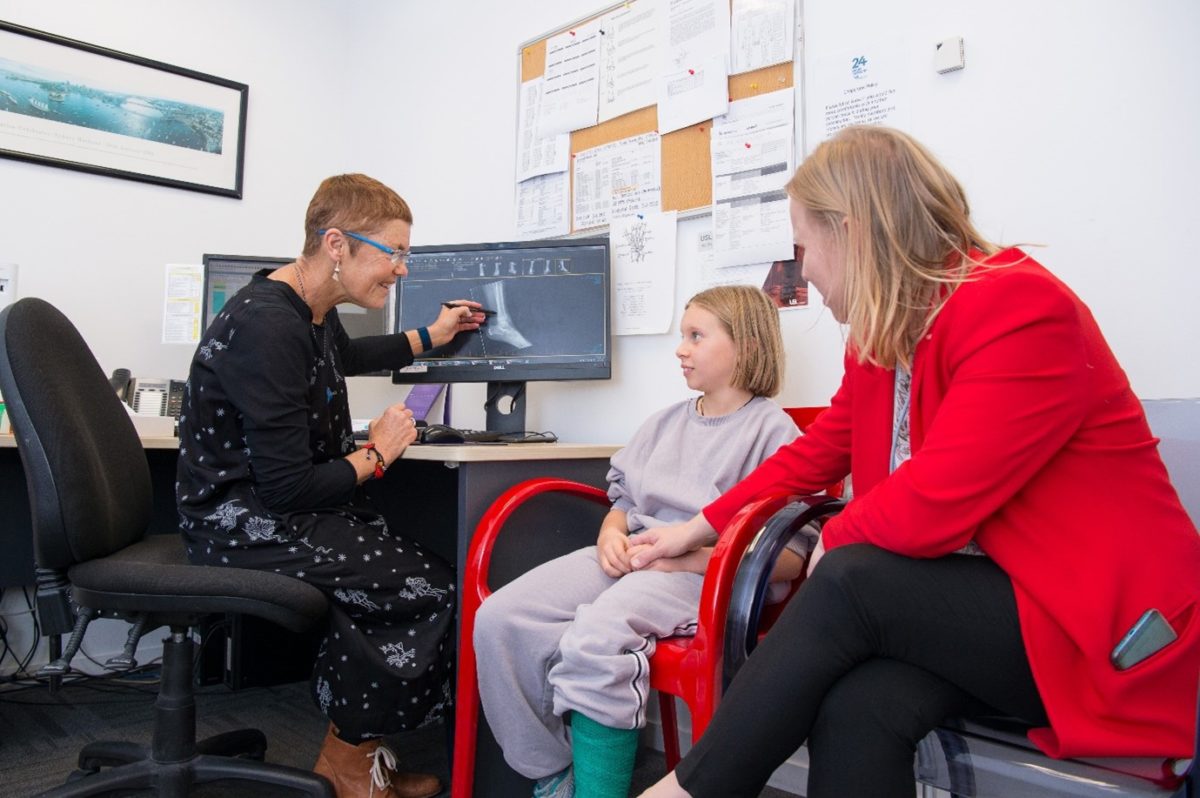 While running around during her school holidays, a slip on wet, muddy ground resulted in several visits to the Pegasus 24 Hour Surgery (24HS) for Sophia Ridley and her mum.

An x-ray confirmed what they suspected – a broken leg – so the 24HS team organised a plaster cast for Sophia. Petra says both mother and daughter appreciated the care provided by the doctors and nurses over their three visits.

“After the plaster cast was put on we went back another couple of times to make sure the break was healing well, to have the cast removed and replaced with a moon boot, and then to check it had healed as expected,” says Petra.

“The doctors and nurses were lovely; they explained everything to me and Sophia so we could understand what was happening and what we had to do. Sophia was very happy about being able to choose the colour of cast and a waterproof cast made life easier for us both.”

Sophia is now back at school, running around and enjoying her exercise again.