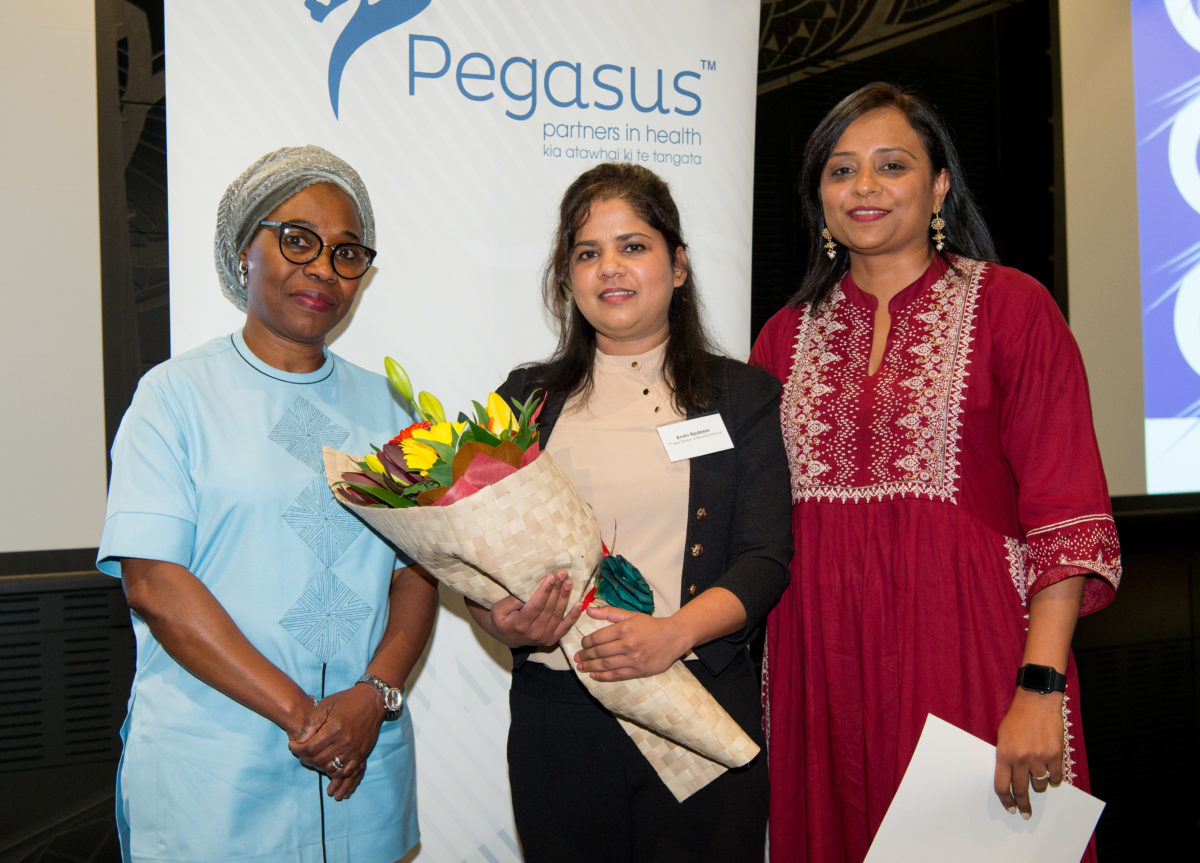 In 2014 Arshi Nadeem left India to come to Aotearoa New Zealand to further her nursing career and “explore and see different worlds”.

She already had six and a half years of study behind her with a Bachelor of Science and Diploma of Nursing and was working in her home in Delhi as a School Health Nurse – the equivalent of a Registered Nurse in New Zealand.

Since arriving in the country, Arshi has worked in a variety of roles, including in community support and mental health roles, and as an Enrolled Nurse. She has also completed a Health Services Management Diploma and a three-month competency assessment programme, and in November will complete a Master of Nursing Science.

“It has been a long journey – I have been studying a lot,” says Arshi.

Arshi initially chose the Diploma in Health Services Management Level 7 as an international student, believing it would enable her to move into a health management position, however that wasn`t the case.

After having her nursing qualification assessed by the Nursing Council of New Zealand, she realised it would not be enough to be a Registered Nurse, so pursued her Enrolled Nurse registration instead. During this time, Arshi remained optimistic and took the opportunity to learn more about the New Zealand health system.

“I was looking for management or leadership opportunites on the basis of the course I had completed, but it didn’t help much for my aspirations, so I thought it was good to have a clinical qualification to start with and worked in a long term care and rehabilitation setting in the health and disability sector.”

Now, nearing the end of her Master of Nursing Science, Arshi recently received a Pegasus Health Workforce Development Scholarship that she says will take the pressure off during the 14 weeks of placements she will do later this year.

Arshi works on a casual basis in a mental health support role, sometimes during weekends, but says with placement from Monday to Friday, she will need to use the weekends to keep up with assignments instead of working.

“The scholarship will be very good for me because I am going for placement – so won’t be able to work. It will help me with my living expenses,” she says.

When Arshi completes her degree, she will become a Registered Nurse, with her sights firmly set on a career as a nurse practitioner in primary care or mental health.

“In my culture, women often find it hard to express their feelings and their mental health is affected,” says Arshi.

“In New Zealand, there are a lot of migrant and refugee women, so I think it would be good if I get a chance to work in primary care with women who are new to New Zealand.

“Through my work within the disabilty sector, I have also seen that some women who are disabled have mental trauma about their body image, so this is another area I am interested in.”

Arshi also sees the health inequities caused by migrants and refugees not being able to easily access health services available to them.

“There are a lot of services available, but many migrants and refugees aren’t aware of what’s available, so it would be good if I could be part of improving their health literacy.