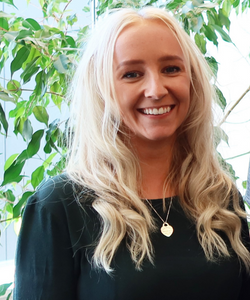 A new initiative by Pegasus Health’s Suicide Prevention Team is better informing and supporting primary healthcare professionals, bereaved whānau, and community members in the aftermath of a suspected suicide.

The team now calls practice managers to let them know about the death of an enrolled patient in a suspected suicide on the same or next working day
after being officially informed of the death by the Coroner. One of the team follows up the call with an email containing details for getting further support or advice.

Elle Cradwick, Pegasus Health Suicide Prevention Co-ordinator, says previously, general practices were only officially informed of deaths by suspected suicide in cases where patients died in hospital. Often, practices would learn of a death from bereaved whānau or community members. The new initiative means practices get directly informed about a death that can impact on other enrolled patients like family members and friends and their own health professionals who may have been a key provider of care for some time.

“Staff and patients connected with the person who has died may experience varying degrees of grief and loss. By letting the practice manager know about the death they can inform relevant people within their practice and draw on the assistance our team offers. We can also provide information to provide timely support and identify any suicidal ideation in other patients and people who may be impacted by the death,’’ Elle says.

“We acknowledge loss and suicide can be difficult to navigate with patients and will always be a challenging part of a health professional’s role. We hope this initiative, and our support, will best position general practice staff to provide optimal care to those who have sadly been bereaved.”

Pegasus Health is contracted by the Canterbury District Health Board to provide suicide prevention co-ordination, including activities after a suicide such as ‘postvention’. Postvention is an organised, inter-agency response in the aftermath of a suspected suicide, aimed at reducing community distress, suicide attempts, and especially further suicides.