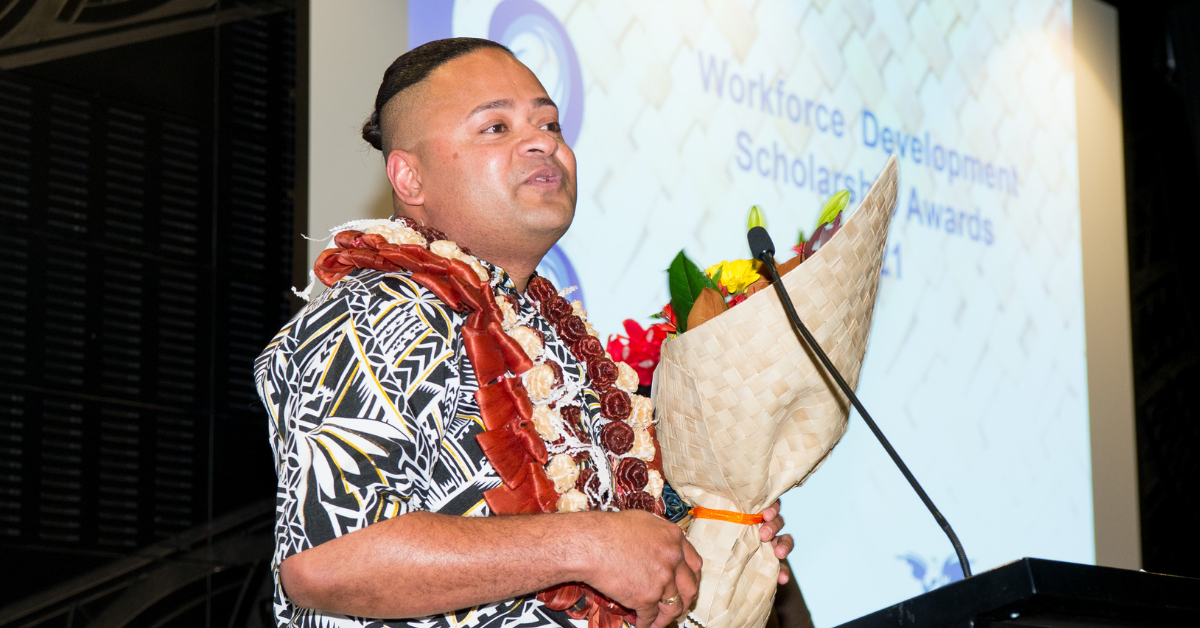 Fijian nursing student, Simione (Simi) Tagicakibau, has worked as a nurse around the South Pacific. After achieving his Diploma of Nursing in Fiji and working in Fiji and the Cook Islands, Simi is now undertaking his bachelor through Ara to be able to practice nursing in Aotearoa. He’s currently holding down two casual nursing jobs, at Hillmorton Hospital and Etu Pasifika, on top of his full time, third-year nursing studies.

“What led me to be a nurse was looking after my grandmum when I was 13 years old. Seeing nurses caring for the sick made me think that I should do that, too.”

Being a male nurse in New Zealand has highlighted some differences between Kiwis and Fijians.

“In New Zealand, you’re well recognised as a male nurse. You get respect from patients, from whānau, from colleagues. My experience in Fiji was that there are some people who don’t give that same respect.

“But, I can say that I’ve heard there are more male nurses coming into the profession in Fiji. I think one of the things that’s drawing them to do nursing is the pandemic. This is one of the career paths that’s still available. I think I’m seeing the same thing here, too. Even at Ara a lot of males are coming into the programme. Surprisingly, there’s more Pasifika, too. With the pandemic, even in New Zealand, with the uncertainty in the hospitality
industry, they’re probably going into nursing for the certainty of a job.”

Simi isn’t sure where he’ll focus his attention after he graduates. His interests include primary health, mental health and district nursing – the latter having similarities to his work in the Cook Islands and Fiji where nursing is more dynamic and sees you undertake a range of different
nursing roles.

One thing he does know is that there’s a real need for male, Pasifika nurses in mental health.

“To have a male patient able to talk to a male is important. In a way, they understand each other better,” Simi explains. And the same holds true with Pasifika patients. “At Hillmorton, there’s Pūkenga Atawhai for Māori
patients, but no equivalent representative for Pasifika to see the patient and be there during their consultation with the psychiatrist and more.

“From one of my experiences working at Hillmorton, we had a Pasifika patient and once I started working with him, a lot of his behavioral difficulties were reduced. It’s probably the language. I developed a good rapport with the patient. Understanding each other the culture, the way of life. Just talking.”