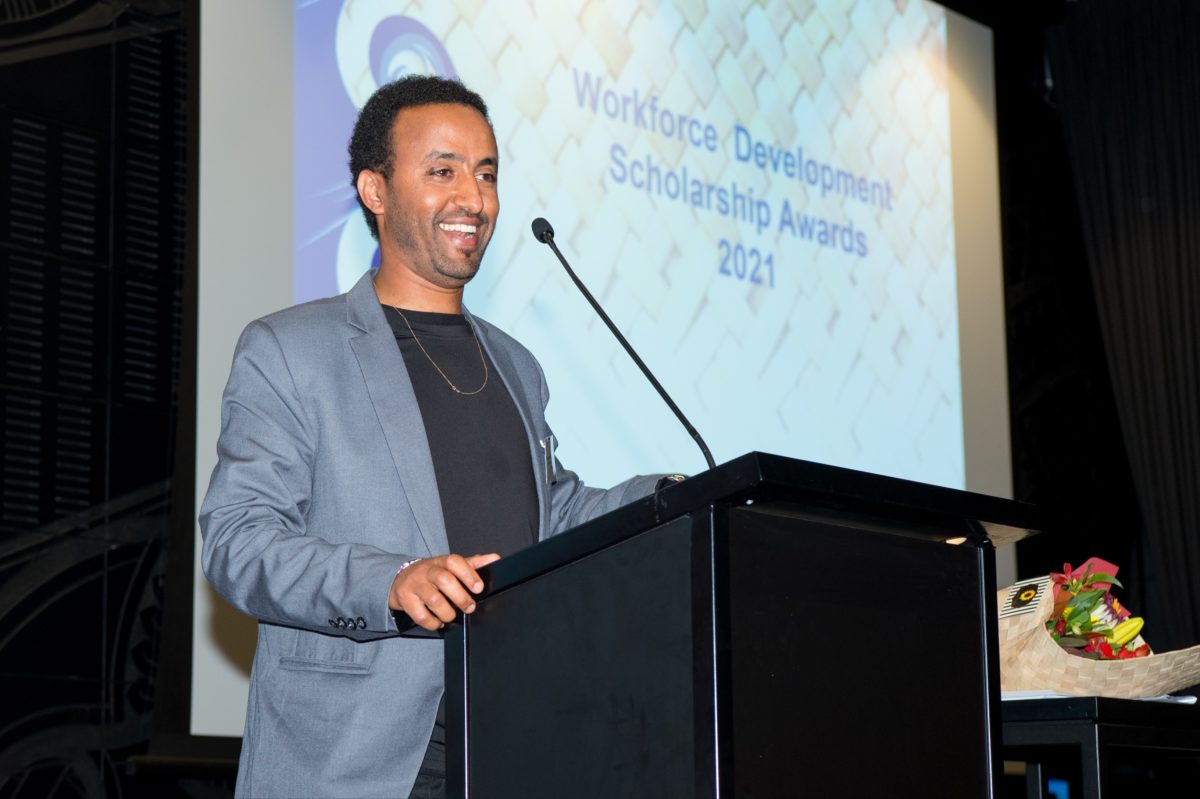 Former Eritrean refugee, Samuel Hidray Equbazgi, is in his third year of a Social Work degree at the University of Canterbury. Last year, he was a recipient of the Pegasus Health Workforce Development Scholarship.

Samuel spent five years in Ethiopia as a refugee before being sent to New Zealand in 2019. Since arriving here, Samuel’s been with the Red Cross as a Cross-Cultural Worker.

“Throughout my journey I’ve seen ups and downs. I’ve encountered problems I want to solve, and I want to have a role in making sure the systems that support refugees and migrants are working for them,” says Samuel.

“I see similarities between social work and journalism. It’s all about advocating for oppressed and marginalised people. They’re both about searching for solutions and truths. I was quite passionate about being a journalist, but I never found the place where I could be the kind of journalist I wanted to be. Since being in New Zealand, I’ve been thinking about what kind of profession I wanted and what would suit my journey and characteristics. I didn’t want to study journalism again, and so I settled on social work.

“The journey I have been on, challenged me. I feel social work gives me the answers to all those questions in my life.”