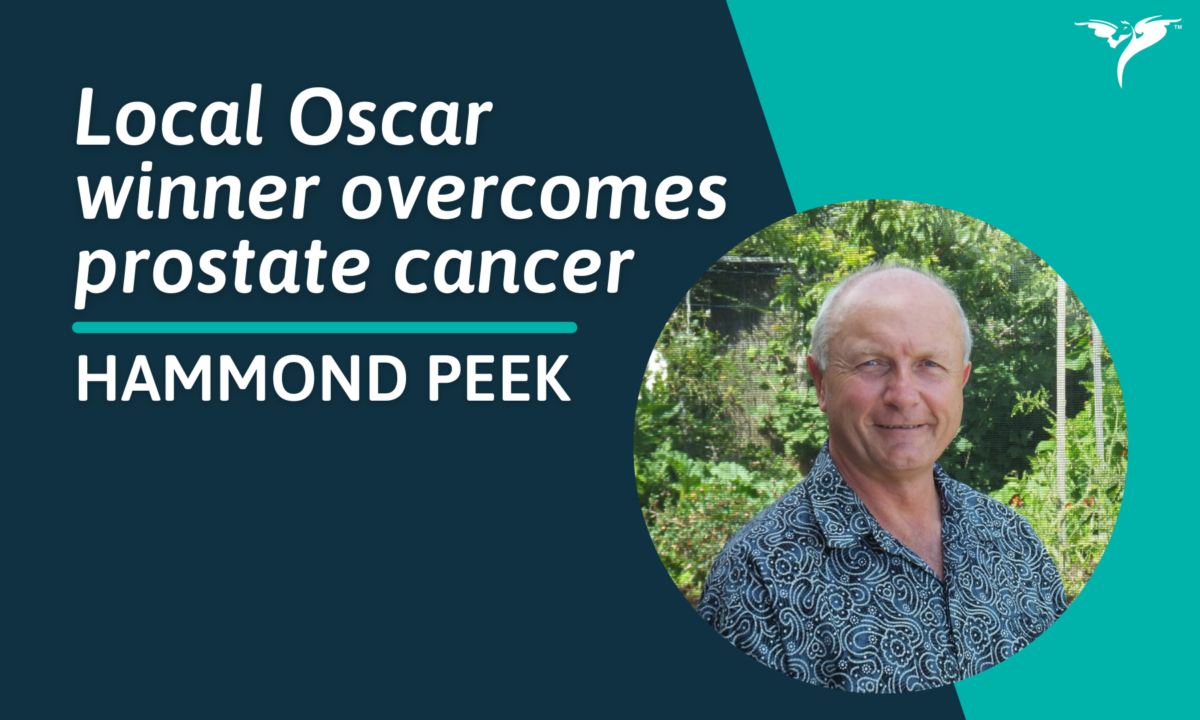 Mount Pleasant prostate cancer survivor Hammond Peek (Ngāi Tahu) views his body like a car. Regular check-ups with his GP mean it stays in good order and major problems can be picked up and addressed early.

During a check-up in 2019, Hammond’s GP detected elevated levels of PSA (prostate-specific antigen, a protein produced by both cancerous and noncancerous cells in the prostate) in a blood test used to screen for prostate cancer. The levels did not drop following a further PSA test seven weeks later, so the GP referred Hammond to a specialist, who diagnosed cancer that was contained within the prostate.

“I was keeping in touch with the GP and regularly having blood tests and digital examinations, so my doctor knew what was going on with me. These regular check-ups meant when the cancer was detected it had not spread outside the prostate. Once it gets outside [the prostate] it can be hit and miss whether it spreads throughout the body and makes treatment much tougher.”

After speaking to the specialist and doing his own research into his treatment options, Hammond chose to have surgery to remove his prostate. More than two years on from the diagnosis, the retired production sound mixer/sound recordist (and two-time Oscar winner for his work on King  Kong and Lord of the Rings) says he is doing well and making use of available support from other cancer survivors and community groups such as the Prostate Cancer Foundation.

“As I went through my cancer journey, I found there were so many support groups who could ‘give you the goss’. For example, I now go to a weekly fitness group where those of us recovering, and others in a different stage of their journey, get together and talk over coffee after the workout. It is so useful to talk to others with the same experiences and discuss what can be rather sensitive topics.”

Hammond is grateful he had regular checks and that his GP was proactive in monitoring and referring him promptly for specialist care.

“The outcome could have been quite different without that regular contact with my GP,” Hammond says.