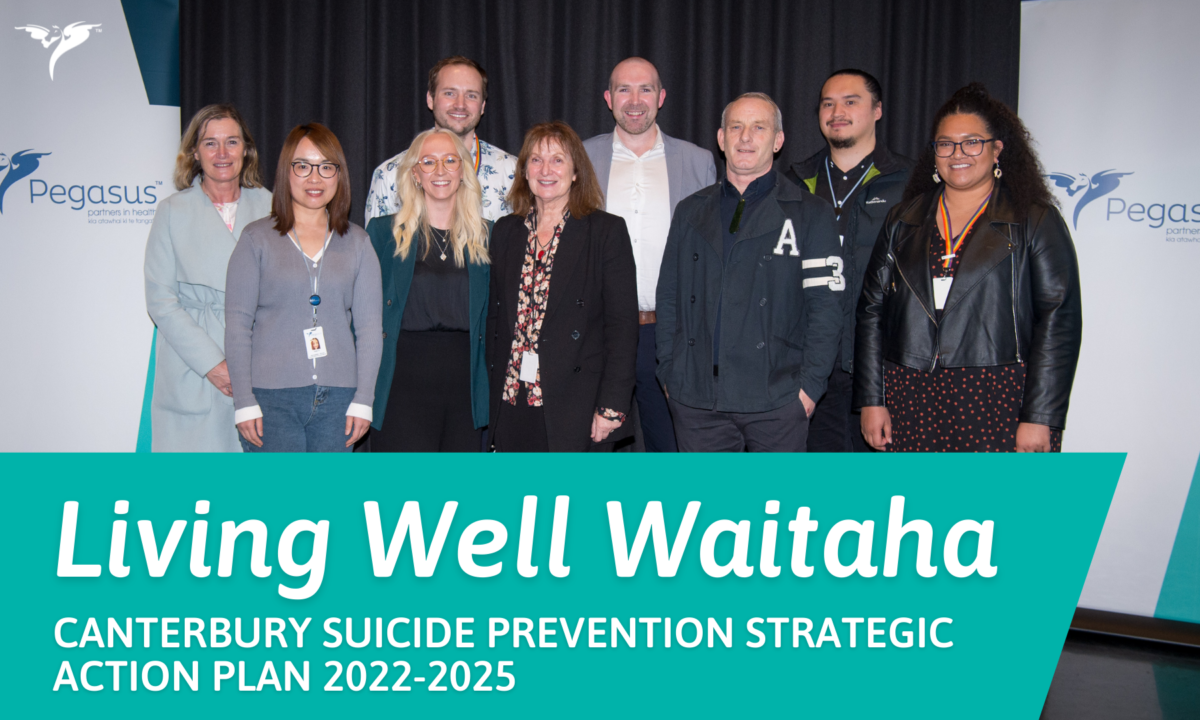 “Suicide is the darkness that swallows our loved ones. Hope is our greatest ally in the fight against this darkness. The Living Well Action Plan and website are essential tools for strengthening hope-based action,” says keynote speaker, Dr Chris Bowden.

“There is a strong emphasis in this plan on empowerment, respect, safety, connection, aroha and offering a compassionate and trauma-informed response to suicide,” Chris says.

Kaitohutohu Haumanu (Clinical Advisor Hauora Māori) at Hatu Hone St John and Chair of Hakatere Marae in Ashburton, Aroha Brett, spoke about the importance of autonomy for Māori in developing suicide prevention strategies.“One of the biggest things within the Strategy is mana motuhake – giving Māori the choice to make the decisions that are right for them and asking whānau what we can do for them,” she says.

Pegasus Health’s Suicide Prevention and Postvention team has played a key role in creating this action plan providing knowledge and resources to ensure the plan accurately reflects and supports the specific wellbeing needs of people in Canterbury.

“I’m proud of the collaboration between our Suicide Prevention and Postvention Team and the numerous other inter-agency groups and services including the Canterbury Suicide Prevention Governance Committee. This Action Plan honours the mahi we and many others have been doing in Canterbury to reduce deaths by suicide. It will continue to guide our collective work as we explore creative and innovative ways to implement prevention initiatives that are responsive to the needs of the community and are culturally safe,” says Pegasus Health Service Manager for Primary Mental Health, Karl Belcher.