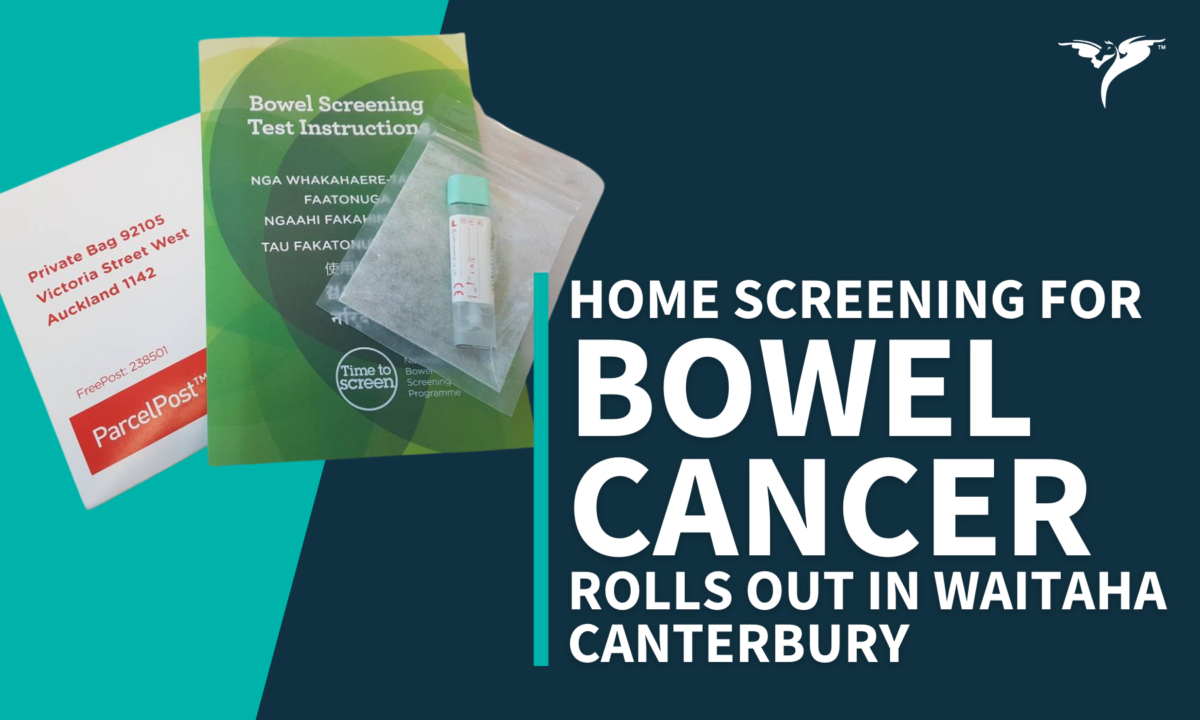 Canterbury began rolling out the National Bowel Screening Programme in October 2020. This was part of a staged rollout across all regions of Aotearoa that began in 2017 following a successful pilot study. The entire country is now involved and able to participate which is an exciting landmark.

Bowel cancer screening is done by way of a faecal immunochemical test (FIT) which is distributed to those eligible in the mail. The test is completed at home by collecting a small sample from a bowel motion. It is then sent to a laboratory to test for blood within the sample. Everything required, including a prepaid return envelope, is included in the kit.

Dr Teresa Chalmers Watson is the Clinical Lead for the Bowel Screening programme at Te Whatu Ora – Waitaha Canterbury. Despite the challenges of launching this programme during the pandemic, Teresa is impressed with the initial results. “We’ve found 130 cancers in Canterbury since the programme commenced. Most of these have been Stage I or II and therefore have a high probability of cure” says Teresa.

In Canterbury, over 83,000 tests have been mailed out to eligible people. The total participation rate is currently at 63% which slightly exceeds the National Bowel Screening Programme’s target of 60%. Participation rates for Māori are currently 56.3% and 41.7% for Pasifika.

Engaging with Māori and Pasifika to support them to complete the bowel screening test is a priority for Canterbury, particularly as it can be a culturally sensitive topic. Success in reaching these priority groups requires targeted communication, going to where the people are, and spreading the message to younger whānau members who can hopefully influence and support their parents and grandparents to complete the test.

“This little test could save your life,” says Teresa. Bowel Screening helps prevent cancer and aims to reduce the number of deaths due to bowel cancer, something we are already seeing early signs of.

How to lower the risk of bowel cancer: