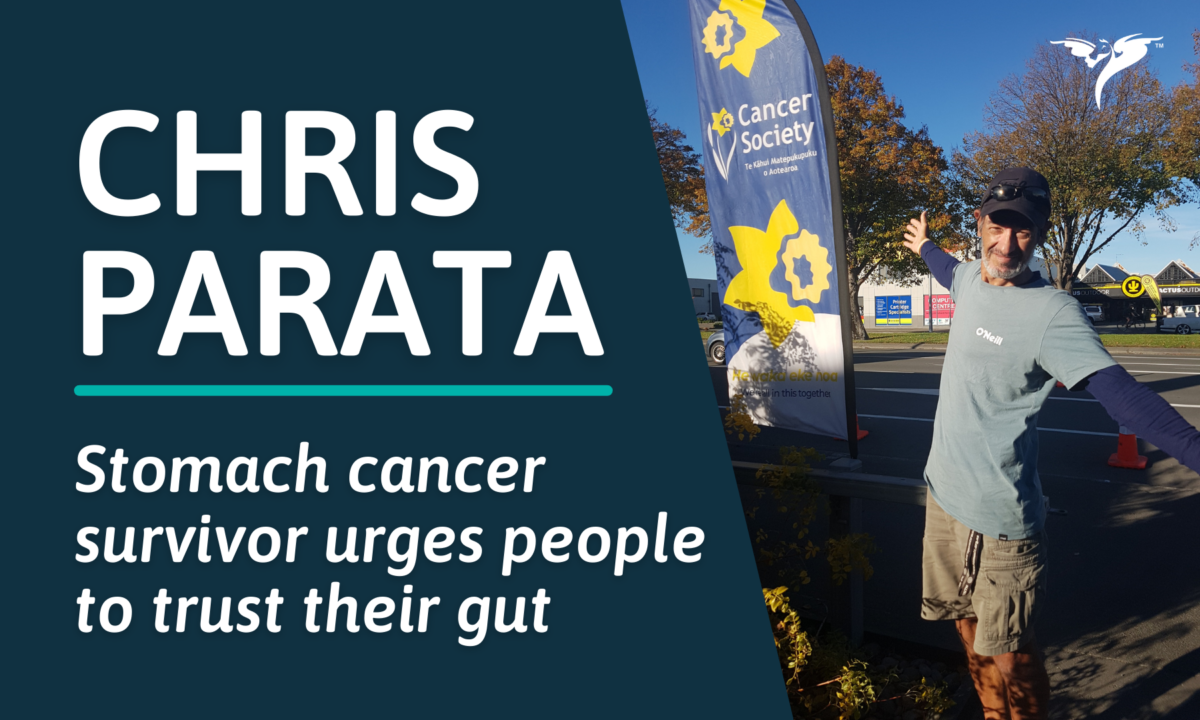 Stomach cancer survivor, Chris Parata urges people to trust their gut and visit their GP if they have any ongoing pain or reflux.

Initially, Chris was put on anti-reflux medication followed by a gastroscopy (where a video camera is inserted into the digestive tract) and a biopsy (tissue sample) taken from his stomach in January of 2020.

The results showed he had a small ulcer at the base of his stomach; however, no cancer was deemed present.

His stomach pain became so severe that he had another gastroscopy in May 2020 which showed the ulcer had grown twice in size, a computer tomography (CAT) scan confirmed he had a rare form of cancer growing on the outside of his stomach, close to his pancreas in late August 2020.

“Being told that I had cancer was hard to take in, my head was spinning, I was in denial. I rang my daughter and her partner, and they came down to support me,” he says.

A month later, in September 2020, Chris had surgery to remove the tumour and most of his stomach, followed by both chemotherapy and radiation treatment.

Chris’s advice to anyone experiencing stomach pain is to reach out to their GP and ask what tests are available to get to the bottom of the pain, as soon as possible.

“I look back to see what more I could have done, not knowing what was available to me,” says Chris. Two years on from his cancer diagnosis, Chris still struggles with fatigue and finds it difficult to keep weight on.

“Every day is a roller coaster. Every day is a challenge. But the experience has taught me to appreciate every minute, appreciate what you have got, and have a smile on your face,” he says.