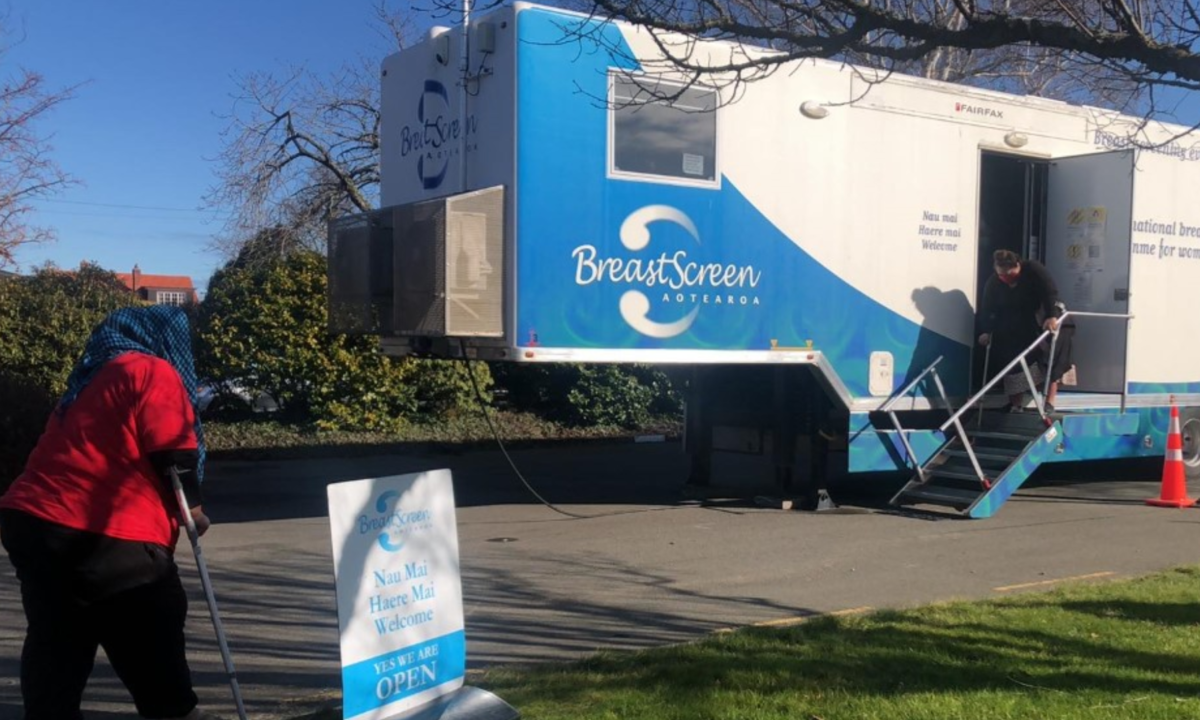 In Christchurch’s eastern suburbs, nearly 200 women are overdue for both a mammogram and a cervical smear. ScreenSouth Ltd is tackling this with local Mana Wahine clinics which offer breast and cervical screening in a comfortable, welcoming environment. The clinics are provided for wahine Māori, Pasifika and other women who have poorer access to screening and higher rates of breast and cervical cancer than non-Māori and non-Pasifika.

“The big barrier to screening is whakamā [embarrassment]. The second barrier is if they have had or heard stories of a bad experience. The third barrier is cost. We make our clinics free, a good experience and a good environment,” she said.

ScreenSouth works closely with Pegasus Health practices and community organisations like He Waka Tapu to provide nurses, transportation and other support for the women attending the clinics. In late July, a Mana Wahine clinic was run in partnership with Etu Pasifika in Christchurch. Twenty-one women received a mammogram on the day, with 10 also getting a cervical screen. Mana Wahine clinics are scheduled in Ashburton and Linwood in the coming months.

On the day of the Mana Wahine clinic run as a collaboration between the ScreenSouth Health Promotion team and Etu Pasifika, one of the smear takers was fluent in the Tongan language and we were able to come together to support a woman who had not had a health check for over 10 years. The biggest barrier for her was not being able to speak English.

There were other barriers that made her terrified about attending her appointments, yet she knew there was a goal in mind and that was to genuinely care for her health and see how they could make things easy for her.

On the day, the support and warmth the ladies showed at this particular clinic, prevented the wahine turning around, hopping in the car and not attending the appointment at all.

Due to the quick support from the team and in particular the smear taker, whose first language was Tongan, the patient was made to feel at ease and comfortable. Her walls came down and she began to speak and trust the nurse while talking through the barriers that had kept her away for so long.

As a health promoter, she saw first-hand how terrified the woman was on arrival while being supported by her teenage son. Compared to the time she left the clinic, there were two very different women. The first woman who had walked through the door was worried, compared to the woman who walked out smiling with her son after attending two appointments on the day.

This amazing woman left with having both her breast and cervical screening done.

As a Pacific woman in Canterbury, this is great reminder of how important the role of a Health Promoter is. It is to help advocate on behalf of all women and to bring understanding of the programmes that are available to them in Aotearoa.

This day was a success, and to do it in collaboration with other organisations who share the same vision, values, and authenticity when it comes to helping Pacific and Māori women cross the line to better health – nothing beats that.